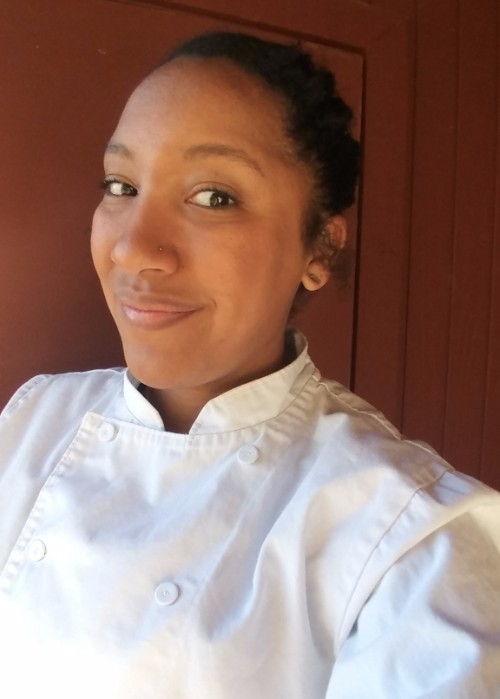 Jasmin Smith, a 2009 C-CAP graduate and recent participant at the 4th Annual Harvest Moon Feast, just got a job with El Chorro Lodge in Scottsdale, AZ as their Pastry Chef. Jasmin shares her enormous gratitude, saying that “C-CAP helped me make this life-altering jump into management and the real start to my ever-growing career.”

But her roots begin with family. Jasmin comes from a German family who loves to eat and who has an immense appreciation for food and culture. Her first time in a professional kitchen was when her stepdad took her to work for “take your child to work day” – and it really inspired her to make culinary a career.

So, when Jasmin reached high school, the opportunity to join C-CAP felt like an answered prayer. She completed junior and senior year in the program and went on to win a scholarship, after which she attended Northern Arizona University to study Hotel & Restaurant Management. Soon after, she discovered that her true passion was in the kitchen, so Jasmin changed course and obtained an Associates degree in Culinary Arts and a certificate in Baking & Pastry. Her work experience prior to El Chorro includes Santa Barbara Catering and the Hyatt Corporation, where she learned much about discipline and efficiency in the workplace.

So, what are Jasmin’s plans for the future? Jasmin says, “I plan to hone my creative and leadership skills [at El Chorro] and continue to look for educational challenges. In the fall, I am striving to produce a cafe-themed pop-up in the hopes of connecting more with the local community as well as providing approachable and fresh food. My long-term goal & dream is to have a cafe to call my own.”