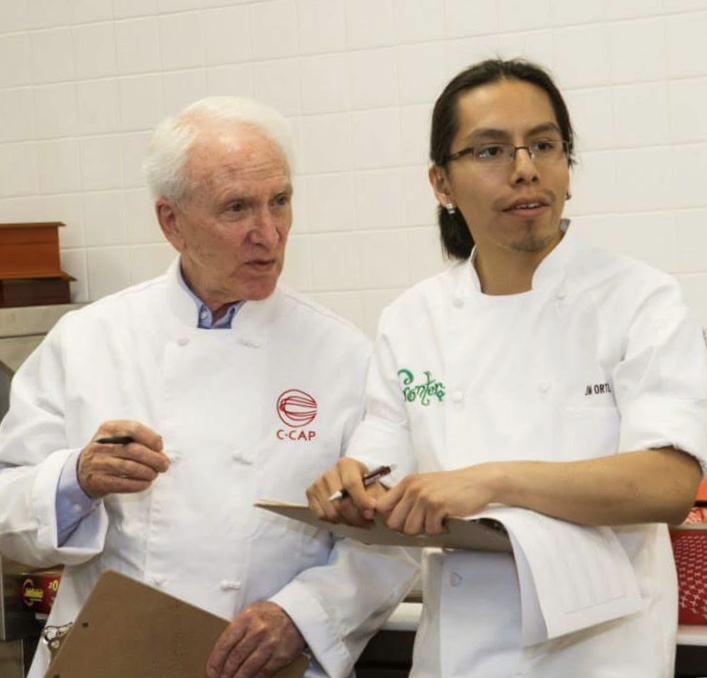 Jim Ortiz graduated from Curie High School in 2009. During the 2009 Chicago Final Competition Jim placed first with the judges and impressed C-CAP Founder Richard Grausman the most of all of the students that year. Despite the opportunity to attend Johnson & Wales University and the Culinary Institute of America, Jim was determined to attend Kendall College. We awarded him a $10,000 scholarship with the hopes that he wouldn’t incur an enormous amount of debt paying to attend Kendall College.

In the end his gamble paid off and he was the 1st recipient of the Rick Bayless/Frontera Grill Full-Tuition Scholarship at Kendall College. This was a life changing experience for Jim, because it allowed him to attend his dream school and to have the enormous gift of free education. The scholarship afforded Jim the opportunity to go on the annual learning trip to Mexico with Chef Bayless and his staff, and included an internship at Frontera Grill. Jim graduated from Kendall College in 2012 and began his career working as a line cook at Frontera Grill where he was eventually promoted to position of Special Events Chef for the restaurant.

Jim never forgot about C-CAP and the experiences and opportunities we gave him. He reached out every summer to hire our students as summer interns at both Fronteral Grill and Xoco and has judged a number of competitions along the way.

In 2018 Jim decided it was time to leave Frontera and was offered the opportunity open Pueblo with Chef Pablo Salas inside of Chef Richard Sandoval’s Latinicity.

We’re so proud of Jim, his accomplishments, and commitment to giving back to C-CAP Chicago students.