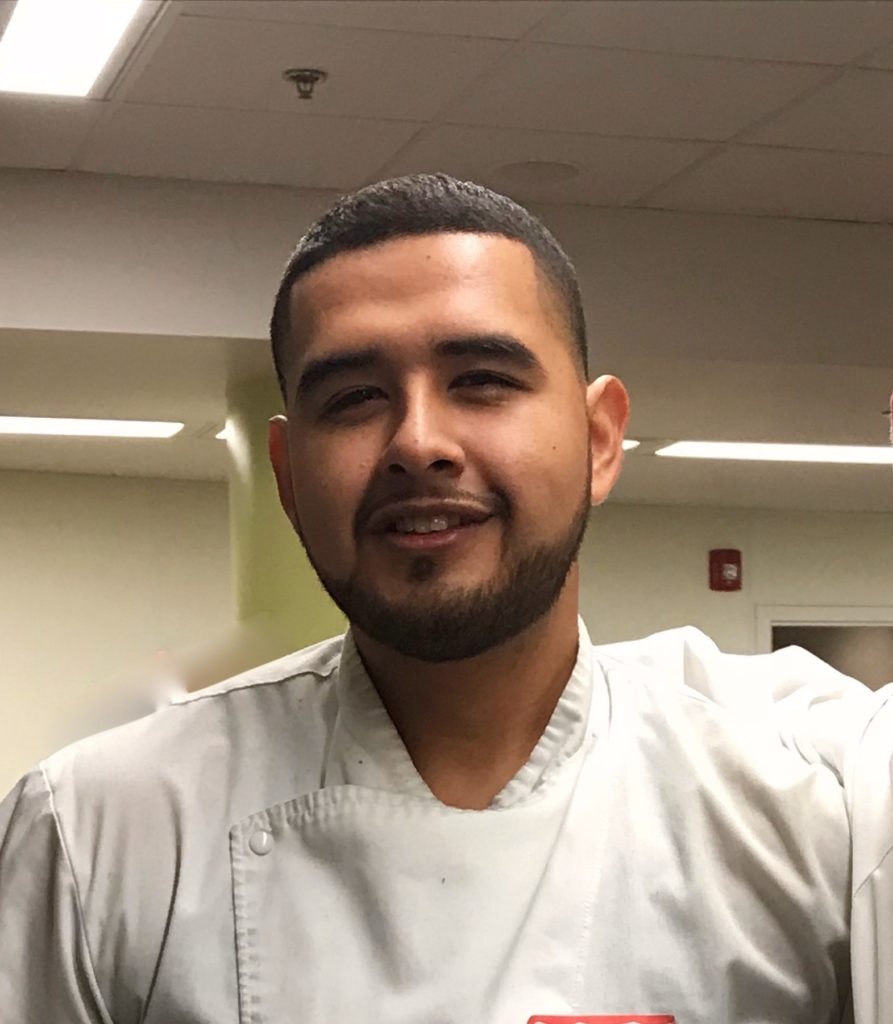 Alum Jayro Martinez graduated from Manual Arts High School in 2011. Growing up, Jayro used cooking as a distraction from the outside reality of growing up in a dangerous part of South Central Los Angeles. He recognized that he was offered limited resources for career readiness before he started high school and became obsessed with his cooking class. While friends were playing sports and going to social events, he was busy learning new techniques and experimenting with recipes in the kitchen. He credits his high school culinary teacher Genevieve Wobrock-Ramirez with introducing him to C-CAP and the opportunities it offered.

Upon graduating from high school, Jayro immediately began working with Chef Neal Fraser for catering events. He was the slowest person in the kitchen but was extremely eager to learn. He took every job he was offered by Chef Neal and the exposure opened his eyes to what it takes to work in a kitchen. His next opportunity came from a two-day job shadow at the Loews Santa Monica Beach Hotel where he was quickly asked to stay through the busy summer season. The seasonal job then turned into a full-time position. Gaining experience and confidence, Jayro began branching out and looking for new challenges. At one point he held three full-time positions as well as working several catering opportunities that came along. His hard work and dedication enabled him to continue to learn under multiple chefs and build a strong industry network and he was comfortable working in many diverse kitchens with lots of different personalities.

At 24 years old, his reputation precedes him, most recently as Chef de Cuisine at Mh Zh in Siverlake, CA, which gained nationwide recognition through sources like Eater, The Infatuation, LA Weekly and The Thrillist. Jayro felt he was on the right path to become a great future chef. Looking for another challenge, Jayro wanted to travel and work in new countries, with new cuisines under new mentors. Jayro learned of the C-CAP Olesay Work Abroad Scholarship, applied and was awarded one of seven scholarships and will travel to Madrid, Spain for a 12-week internship this spring. We are very excited for Jayro as he begins this new chapter in his culinary journeys!

Jayro is very helpful to the C-CAP Los Angeles program; mentoring the next generation of C-CAP students during recipe practices, volunteering at events and fundraisers and judging at the C-CAP LA competitions. He exemplifies all of the fantastic characteristics of a true C-CAP Alum.