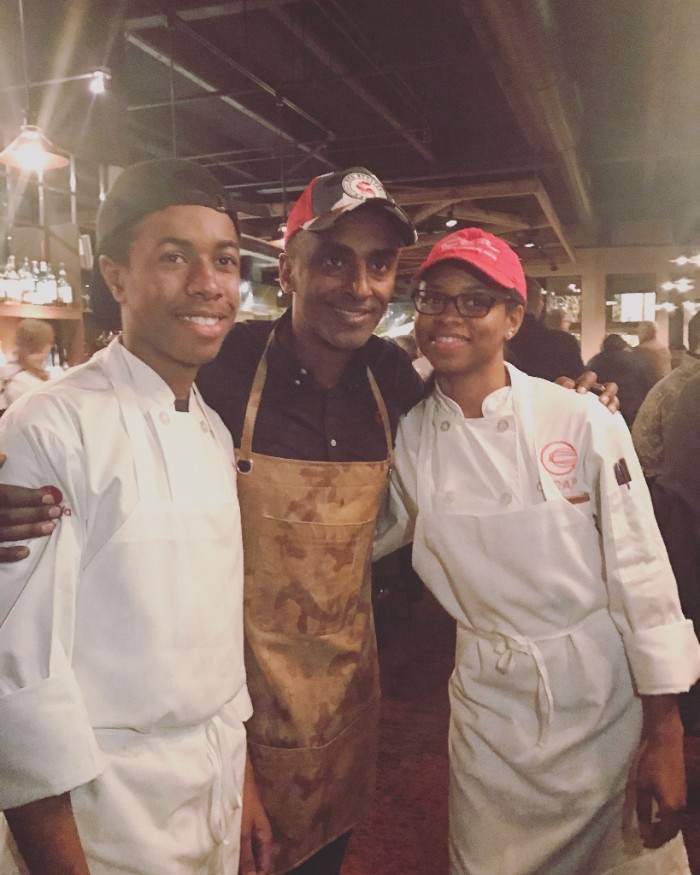 Sasheika Duffus, a graduate from A. Philip Randolph Career Academy, is currently enrolled at the Culinary Institute of America thanks to the scholarship she won through the C-CAP Philadelphia Scholarship Competition. Sasheika is currently on externship and working at the Union League of Philadelphia as a line cook. She is an active participant in alumni events and has come far in her journey to becoming the next great chef. We asked Sasheika to share her journey and experiences with us and this is what she had to say…

Growing up, Sasheika knew she wanted to pursue a career in culinary and when it came time she applied to technical high schools with culinary programs. As a 9th and 10th grader, Sasheika got into trouble and was asked to leave school. After review, Sasheika’s principal allowed her to come back in 11th grade because she was one of two students out of 200 to pass the new standardized Keystone exams. Upon her return to school, her chef instructor, Michael Bell, took Sasheika under his wing and introduced her to C-CAP. Once she learned about C-CAP, Sasheika set her sights on the CIA and worked towards a scholarship. According to Sasheika, “C-CAP not only helped me financially, but they took me in and made me a part of a family that I’m forever grateful to be a part of!”

Sasheika’s high school culinary instructor Michael Bell on Sasheika and her journey: “Her commitment to the culinary arts was nothing short of inspiring. She was always bright and strong in her convictions, but this was different; she had that look. C-CAP was the best thing that could have happened to her!  C-CAP gave her a goal and a purpose to be the best and work hard, and a scholarship was a tangible reward for her efforts. It gave her the necessary structure she needed to complete their requirements and made it easy for me to work with her. She was my go to student in the class.”

Adding to that, her previous chef and employer, Daniel Stern of R2L, stated “Sasheika is a very determined young cook who is not afraid to jump right in and challenge herself in the kitchen. She has natural instincts and I look forward to seeing how she grows through school and work. She has a very bright future if she continues along this path.”