From all of us at C-CAP, thank you for making this year’s benefit such a success! 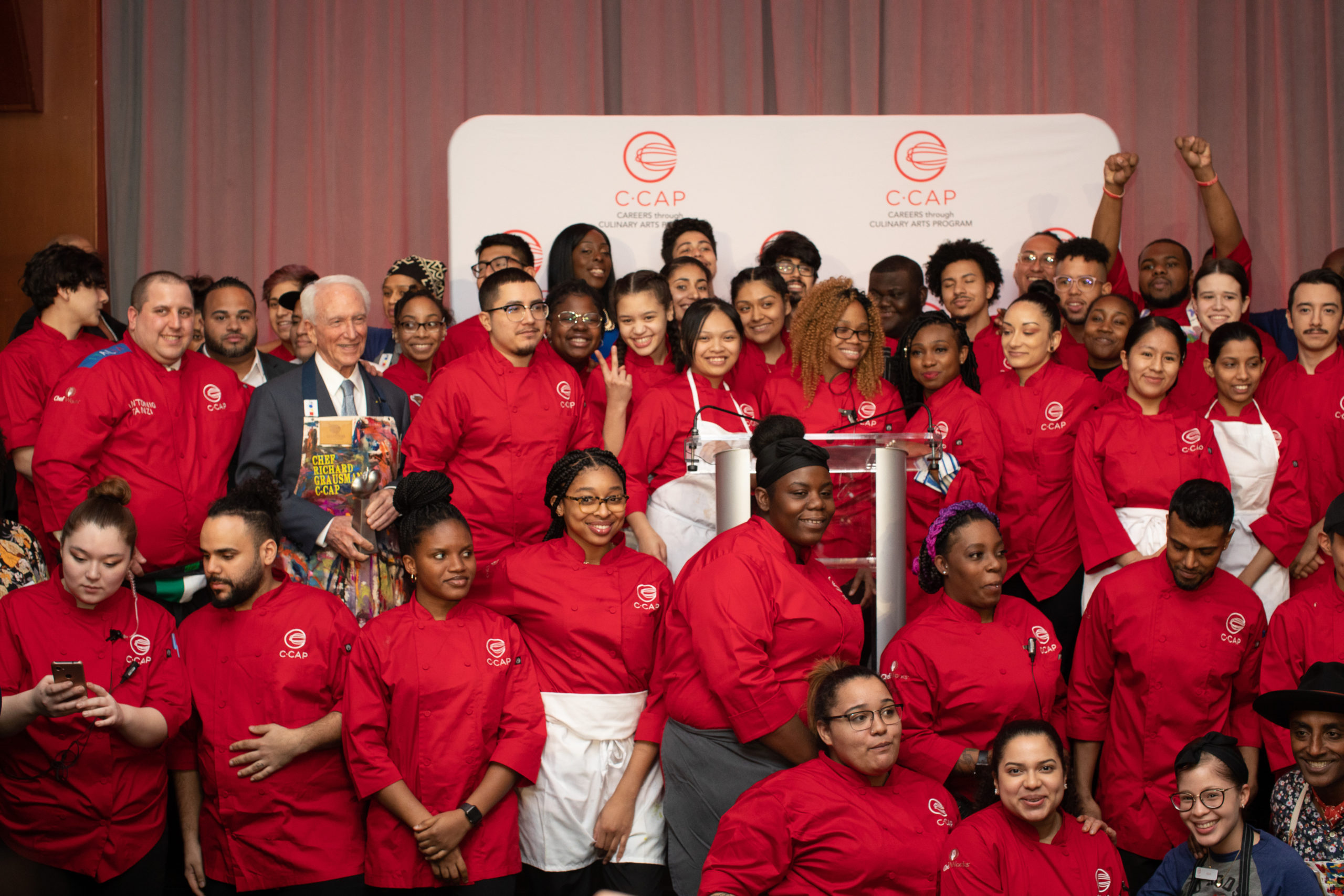 Many of New York’s notable celebrities and sports figures from the NBA, NFL, NHL and MLB attended to support and celebrate C-CAP’s three decades of outstanding work with their career readiness program connecting public high school culinary teachers and their students to the food service industry.

NBC’s Janice Huff emceed the program portion of the evening.

Richard Grausman surprised by the video made by his daughter, Jennifer Grausman

Richard Grausman’s family and alumni surprised him with a moving video tribute for his 30 years of commitment to helping the lives of C-CAP students and alumni.

No images found!
Try some other hashtag or username