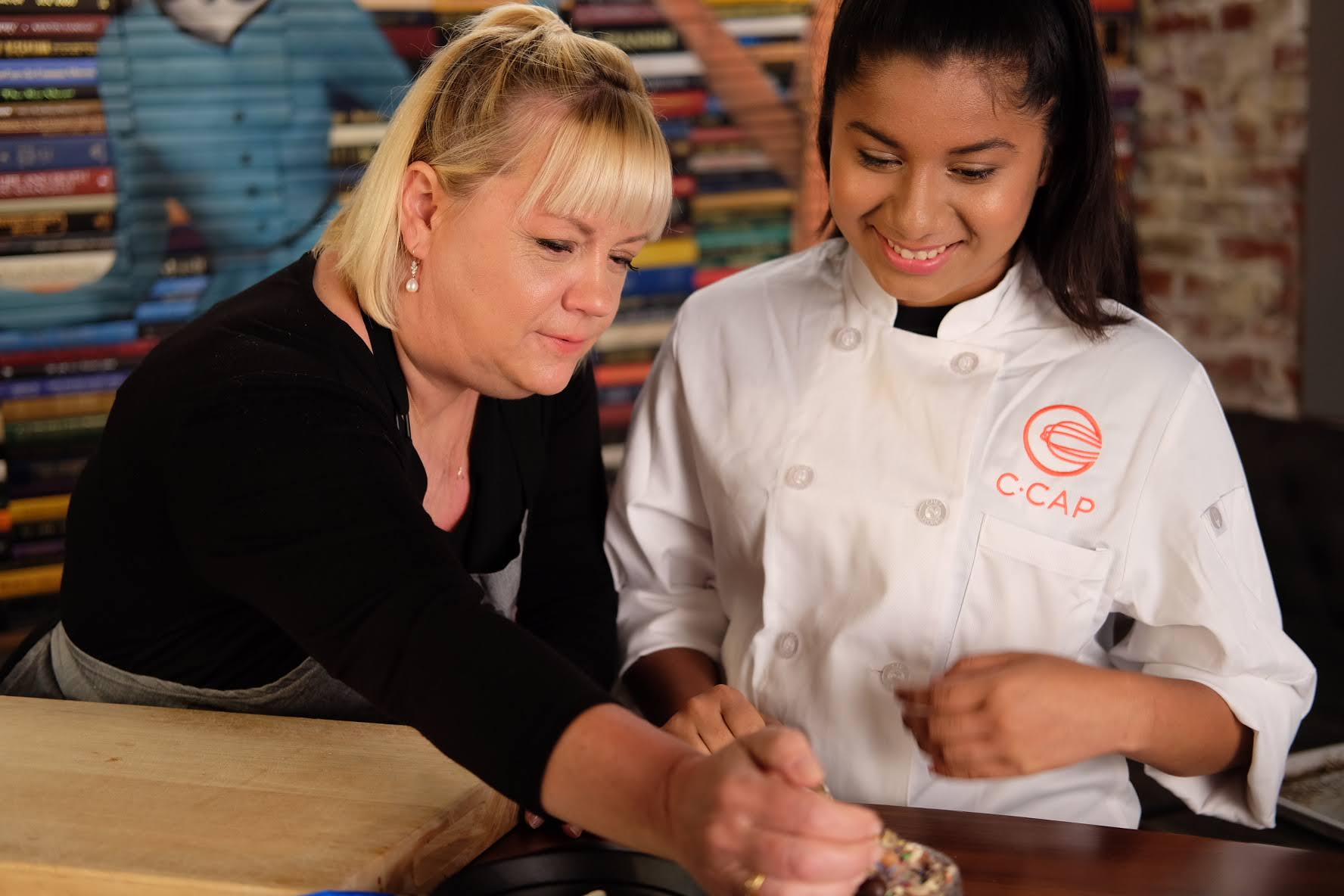 Sherry Yard garnered much of her recognition as the executive pastry chef for Wolfgang Puck’s restaurant empire during the 1990’s and 2000’s. One of the world’s most recognizable names in pastry and baking arts, she boasts three James Beard Awards and has appeared on TV innumerable times on shows like Iron Chef America, Duff Til Dawn, and Food Network Star. Today, Sherry helps lead a new empire at iPic Entertainment as Vice President of Culinary Direction. To the C-CAP community however, we know Sherry as a kind and selfless mentor and supporter whose sweet attitude surpasses even her most delectable treats!

Sherry has an unrelenting talent in the kitchen, but our students, teachers, and staff know her for her undying passion for teaching the next generation of great chefs. Most recently, Sherry invited C-CAP New York graduating senior, Jessica Moran, to be featured in the latest episode of iPic’s “Sherry & Friends.” Together they made a Banana Chocolate Pudding Cake with Pretzel M&Ms, available on the iPic Theater in-cinema menus throughout this summer.

“C-CAP not only gives students the tools they need to start a career in the culinary arts, but the most amazing thing is that C-CAP sticks by their side throughout their entire lives. C-CAP gives talented and motivated young cooks the tools and resources they need to take on an integral role in the culinary industry, strengthening the industry as a whole. I have watched C-CAP students grow up to be incredibly intelligent, creative, and successful chefs who are so eager to pass on their knowledge to the younger C-CAP students.”

We are beyond grateful to Sherry for her long-time support of C-CAP that spans nearly 15 years.