The C-CAP Board welcomes its newest members, Marco de Ceglie and Barbara Fairchild

A warm welcome is in order for C-CAP’s two newest board members, Marco de Ceglie and Barbara Fairchild. They were elected at C-CAP’s June 26, 2019 board meeting.

Both have enjoyed impressive careers in the culinary industry, while still finding time to give back to the community through culinary arts. 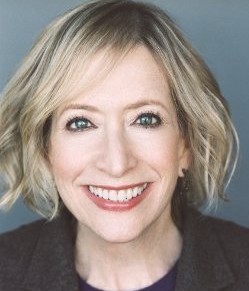 Barbara Fairchild is no stranger to C-CAP’s work to empower underserved youth through the discipline of culinary arts. She currently serves as chair of C-CAP’s volunteer council in Los Angeles, where she also lives. Fairchild’s career success has found many outlets, through food and travel writing, public speaking, radio broadcasting, and consulting. For more than ten years, she was the editor-in-chief of Bon Appétit magazine. After stepping down from Bon Apétit, Fairchild continued her career in food and travel journalism, writing and editing for several well-known publications, including Real Eats (a digital food magazine), the Grape Collective, Luxury Magazine (for VISA Black Card), Barbecue America Magazine, and thomsonreuters.com. In 2000, she was inducted into the James Beard Foundation’s Who’s Who in American Food and Beverage in America.

Fairchild looks forward to bringing her experience to the board, where she hopes to emphasize the broader picture and how that picture is communicated and understood by satellite offices. 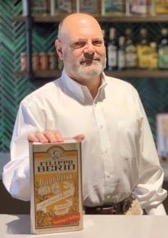 Equally impressive, though with a vastly different background, is Marco de Ceglie, C-CAP’s other newest elected board member. De Ceglie is currently the CEO of Filippo Berio USA, a position he began in 2016. Prior to that, de Ceglie served as CEO to Prodotti Mediterranei Inc., which covers the US operations of the De Cecco Group of Italy. Throughout his career, he has seen accomplishments under his leadership in global growth strategy, change management, and marketing, among other areas. All together, he has more than 25 years of experience in business leadership roles. As CEO of Filippo Berio, de Ceglie has supported C-CAP’s work through the donation of significant amounts of olive oil to the program and by providing scholarship support.

Marco hopes to use his board member seat to increase awareness of C-CAP among a wider audience and help to develop new programs with expansion in new locations.

Please join us in welcoming both Barbara and Marco to our board!

No images found!
Try some other hashtag or username