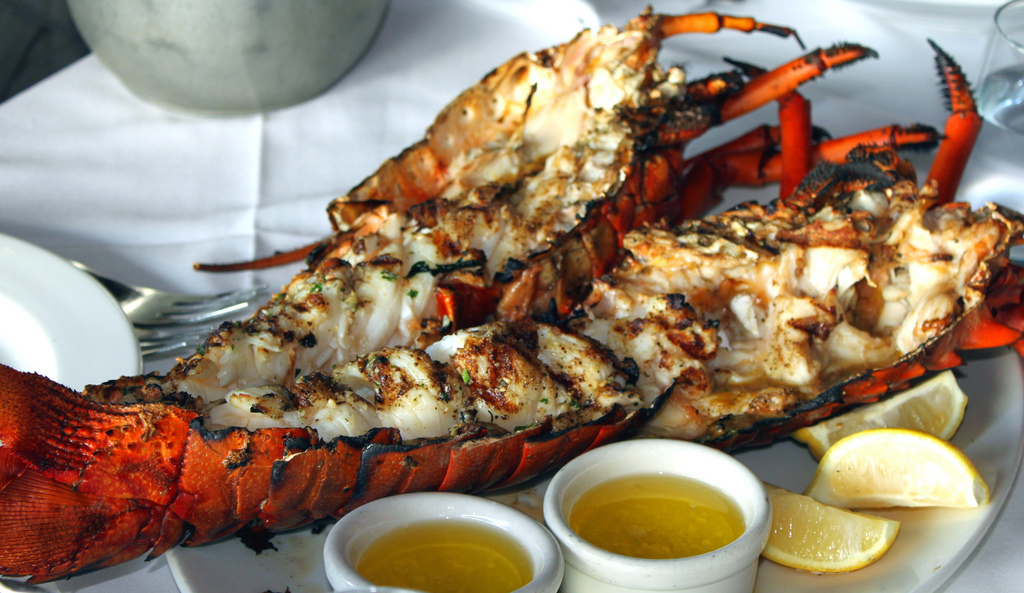 This Labor Day Weekend, keep those old hamburgers in your freezer and head on over to the fish market. We’ll be grilling lobster… the right way! C-CAP Founder Richard Grausman spent years concocting the perfect grilled lobster recipe. His secret technique may surprise you, but the results will make you wonder why anyone does it differently!

Grilled and Steamed Lobster, recipe from French Classics Made Easy by Richard Grausman

The first time I ever had grilled lobster was in France in a small town on the Brittany coast. The region is renowned for its lobsters. The small half-lobster that was served was very delicious and very expensive, but the flavor was superior to any steamed lobster I had ever eaten, although its claws and legs were dry.

Over the years I have re-created the delicious flavors of a grilled lobster and solved the problem of dry claws and legs. I cook the body of the lobster on the grill to develop its flavor, and steam the claws and legs separately, to keep them moist and sweet.

3 lobsters (3 to 4 pounds each*) split, claws and legs removed

*These large-size lobsters can be hard to find, so you will most likely have to order them in advance.

PREPARING A LOBSTER FOR GRILLING

Lobsters are generally split in half lengthwise for grilling to avoid boiling inside their shells, and to gain flavor from the grill.

After you split the lobster, remove the stomach (which is found in the head area) and the intestine (a small clear or black tube running the length of the lobster), if you find it. Twist the claws and legs from the body and keep separate for steaming. The claw shell, which is softer before being cooked, should be cracked now.

Because lobster meat breaks down or spoils rapidly once the lobster is dead, they are most often split just before grilling. If you are unable to kill and split the lobster yourself, have the market do it for you no more than four hours in advance and keep the lobsters well iced until you are ready to cook them.