Winter is usually a time for rest and hibernation, but right now C-CAP students across the country are anything but still. Junior and senior competitors have been practicing diligently for the Preliminary and Final Cooking Competitions, which began in January, and job readiness programs continue to run despite the frigid weather some of our locations are facing.

C-CAP also holds our Annual Benefit in New York City every winter. This year we’re thrilled to honor Chef José Andrés, internationally recognized culinary innovator, author, educator, television personality, humanitarian, and chef/owner of ThinkFoodGroup and minibar by José Andrés. You may have seen him recently in The New York Times setting up shop in Puerto Rico and cooking free meals for thousands of Hurricane Maria survivors. Chef Andrés will be joined at our event on February 27 by over thirty of New York City’s finest chefs, each assisted by C-CAP students and alums.

2018 is off to a great start and we’re excited to share it with you. We hope you’ll join us in transforming even more lives through the culinary arts this year! 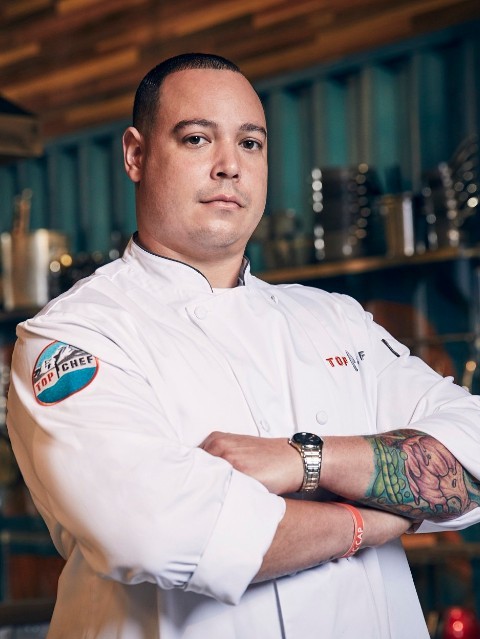 With a name like Brother Luck it would be easy to attribute your success to good fortune, but Brother’s is a result of hard work, determination, and passion. As a teenager, Brother fell on hard times when his father passed away at age 10 and shortly after his mother began serving prison time. Without strong parental support, Brother was close to following a similar path to the gang members and scammers which he’d befriended. However after relocating from the San Francisco Bay Area to Arizona, Brother enrolled in C-CAP at Metro Tech High School in Phoenix. The free food was intriguing enough to join the cooking classes, but he eventually found a passion in the kitchen that would set him up on an incredible journey inspired by a love for food and service.

“I spent my whole senior year training,” Brother admits. “I’d come to school in the morning and train. Then in the afternoon, I went to the Art Institute of Phoenix to train with a master chef. Then I’d work the line at the Hyatt all evening.” Brother eventually was awarded with enough scholarships to attend the Art Institute of Phoenix, including one from the college, which named him “Best Teen Chef.” His time in college would lead to a diverse career cooking in places around the world including in Kanawaza, Japan; San Antonio; Chicago; New York City and finally in Colorado Springs where he would start Brother Luck Street Eats. There he was honored as “Best Local Chef” by Colorado Springs Independent and “Most Cutting Edge Restaurant” by The Gazette Newspaper.

In 2016, C-CAP awarded Brother with an alumni scholarship from The Gohan Society to expand his cooking and travel experiences in Japan, while the Joyce Chen and Helen Chen Foundation allowed Brother to extend his training and exposure into China—opportunities that have shaped both his cooking style and personal perspective. With his determination and the support of his culinary community combined, Brother’s path seems to not have been forged based on good fortune alone. “C-CAP defined the meaning of opportunity and provided me with the confidence that could make me successful if I worked hard enough.”

Since his global stages, he opened his very own restaurant, Four by Brother Luck in downtown Colorado Springs to rave reviews in March of last year. Brother also has an impressive array of television appearances under his belt that include appearing on Food Network as a Chopped finalist and winning his episode of Beat Bobby Flay. Most recently, Brother was a favorite on Top Chef’s Season 15, controversially being sent home over a delicious dish, but giving his all in Last Chance Kitchen. “I’ve been fighting my whole life and refuse to give up. I’ve been cooking for 20 years—my creativity is unlimited.” We can’t wait to see what happens next for Brother! 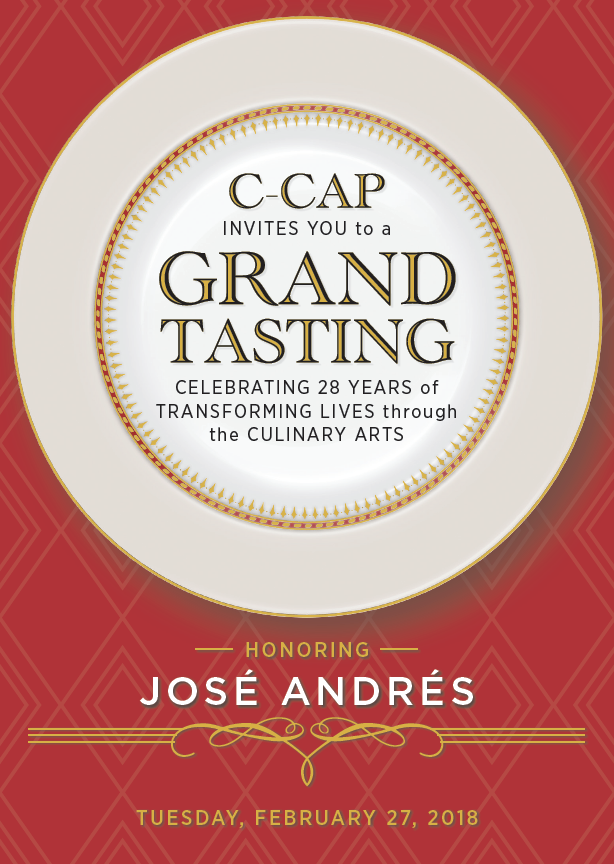 Join us on Tuesday, February 27, 2018 at Pier 60 for our 2018 benefit honoring Chef José Andrés! Andrés is an internationally recognized culinary innovator, author, educator, television personality, humanitarian, and chef/owner of ThinkFoodGroup and minibar by José Andrés.

Enjoy an evening of delectable bites from over 30 of NYC’s finest chefs assisted by some of our amazing students and alumni; delicious wine and cocktails; and incredible auction prizes. Purchase tickets now before they sell out! 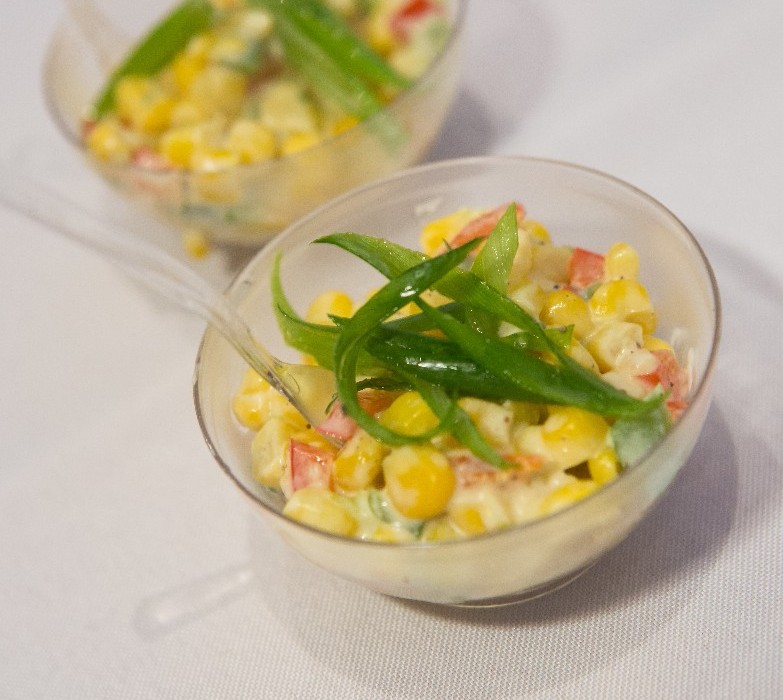 Join us in Chicago for the annual Culinary Futures benefit. Guests will enjoy a variety of tastings prepared and served by C-CAP students from Chicago Public High Schools, paired with a selection of fine wines and locally crafted beers. Guests will also have the opportunity to bid on exciting auction items. Don’t wait to purchase your tickets! 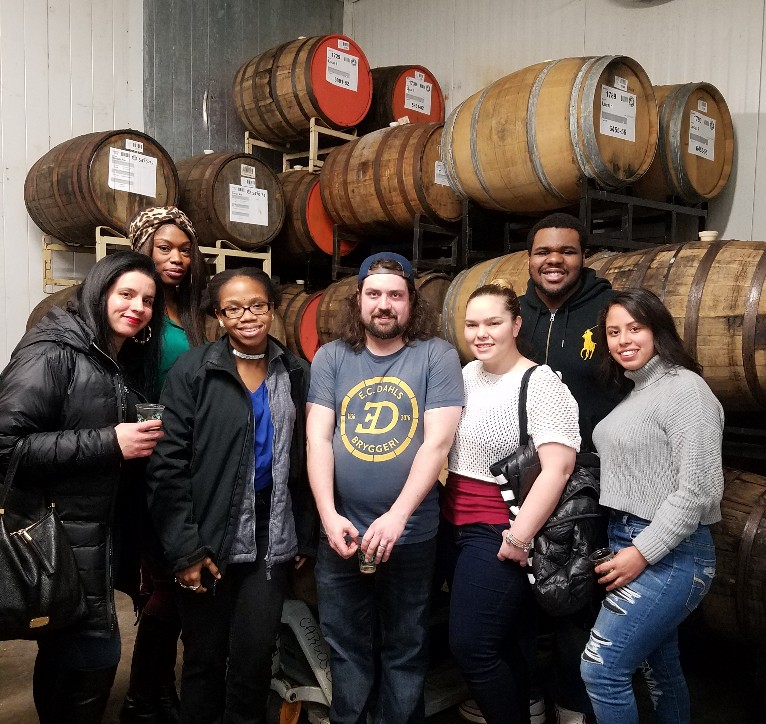 On January 26, seven C-CAP alums received a behind the scenes tour of Brooklyn Brewery in Williamsburg. The group learned how beers come to life in the brewing area and how certain brews are aged in their special Barrel Aging Program. They even got to sample special “ghost bottles” — experimental beers in their Barrel Aging Program that aren’t typically available to the public!

Upcoming alumni programs include a volunteer event at Broad Street Ministry in Philadelphia, volunteer opportunities at the International Home and Housewares Show in Chicago, and a tour of Gotham Greens in New York City. 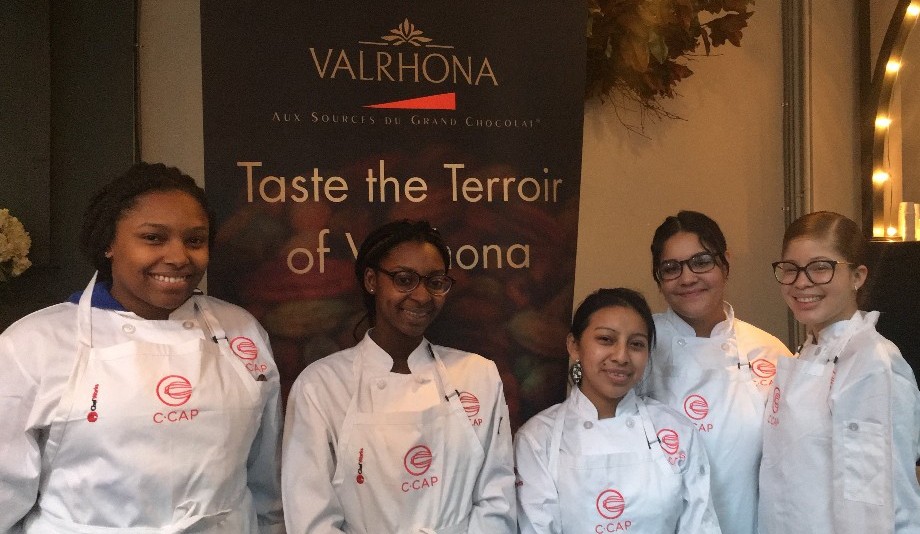 Valrhona Hot Chocolate Festival
C-CAP was the beneficiary of Valrhona Chocolate‘s third annual Hot Chocolate Festival in New York City, promoting artisanal hot chocolate from January 20 through February 4. The festival kicked off with a party at Ladurée Soho, where guests had a chance to sample hot chocolate from festival participants and C-CAP students and alums assisted chefs in preparing and serving their delicious drinks. Proceeds from the kick-off party ticket sales and 50 cents from each cup of hot chocolate sold during the festival were donated to C-CAP’s programs. 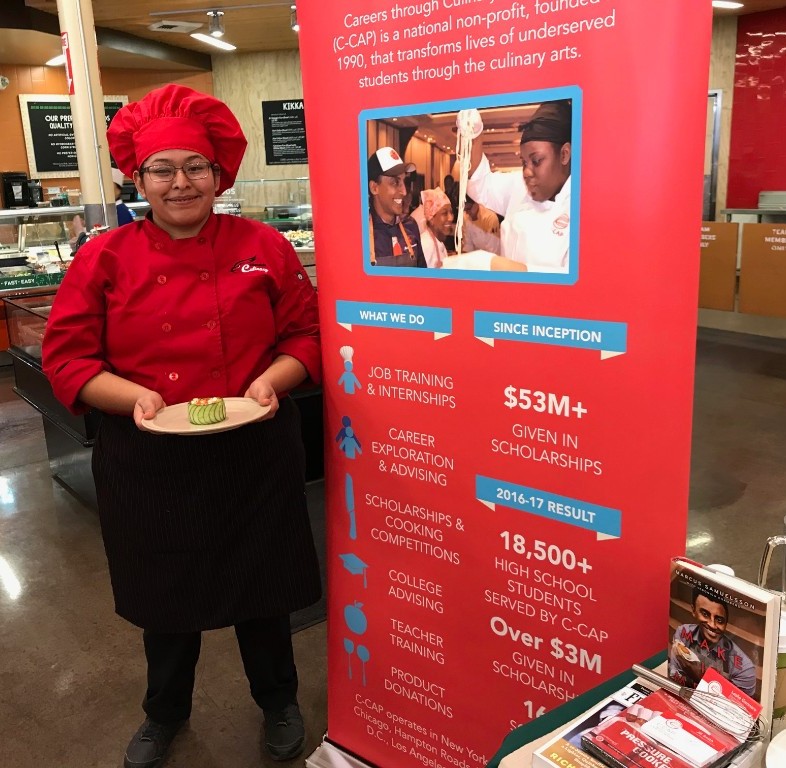 A C-CAP Arizona student, Itzel Arroyo, showing off a composed salad presentation at the Whole Foods in Camelback, Arizona

Whole Foods Supports C-CAP in Arizona
C-CAP was honored to be chosen by Whole Foods as a beneficiary of their 5% Day Community Giving Program on January 11. Whole Foods raised over $18,000 for C-CAP Arizona!
To promote the partnership and raise awareness from our program in Arizona, C-CAP students from Glendale, Hamilton, and Perry High Schools and the East Valley Institute of Technology participated in a demo a week earlier at the Camelback Whole Foods location. 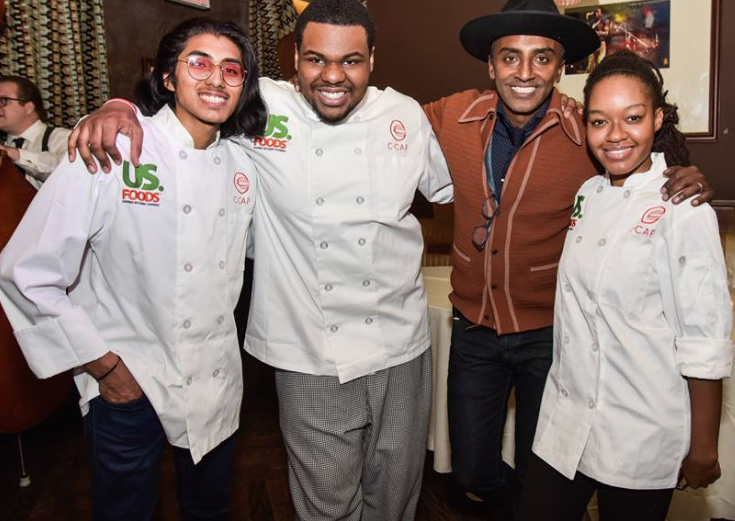 US Foods Throws a Party for C-CAP at Ginny’s Supper Club in New York City
US Foods hosted an incredible evening in December at Ginny’s Supper Club to celebrate the US Foods Scholars Program and their partnerships with C-CAP and Marcus Samuelsson. US Foods’ vendors and guests were joined by C-CAP student volunteers and alumni speakers Sheldon Davis and Carlesha Alston.
As part of the US Foods Scholars Program, C-CAP students in Illinois and Arizona will receive scholarships to continue their culinary education in a post-secondary program.

The evening featured dishes from Chef Fraser as well as Pastry Chef Sherry Yard, mixologist and C-CAP alum Devon Espinoza, a silent auction, and much more. Thank you to Chef Fraser and all the participating chefs, the event sponsors, and guests who made the dinner a huge success! 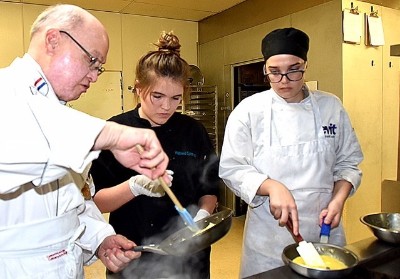