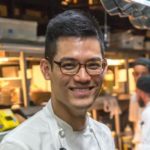 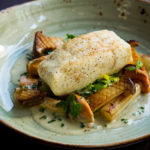 Born and raised in Singapore to Chinese parents, Nicholas grew up admiring his grandmother’s soulful Cantonese cooking and vividly recalls the scent of sambal- and soy sauce-braised chicken filling his childhood home. He was curious about all things culinary from an early age but served for two years in the Singapore Navy and pursued an undergraduate education before fulfilling his dream of becoming a chef. 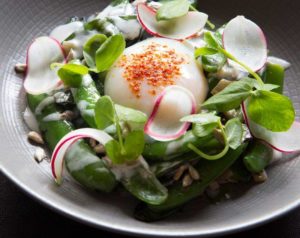 After earning a diploma from Le Cordon Bleu London, Nicholas returned to Singapore and learned that Chef Boulud was opening a modern bistro in Singapore’s Marina Bay Sands resort. Eager to learn it all – fine dining, bistro cuisine, French technique, and more – he joined the db bistro moderne Singapore opening team in 2010. By 2013 Nicholas was ready for a new challenge and joined the team at Café Boulud New York, Boulud’s one Michelin star restaurant, crafting refined, seasonal French-American fare. 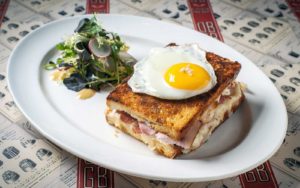 Returning to The Dinex Group in 2016, Nicholas joined DBGB New York as executive chef, where he brought a uniquely global perspective to the restaurant’s brasserie and family-style fare. Drawing on his training at Café Boulud, Nicholas continues to be inspired by local ingredients, developing relationships from farms and fisherman in the region. He also enjoys playing with traditional Singaporean flavors and influences in the context of French technique.