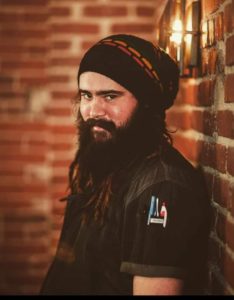 Sean’s passion for the culinary arts started at a very young age cooking with his family. He took culinary classes in high school but was never able to afford culinary school. His start in the restaurant business began as a bus boy at a chain restaurant and he worked his way up to be a part of the kitchen staff for numerous restaurants. In 2014, he began his journey into leadership in the kitchen at a Jet’s Pizza franchise in Naples, FL. In 2016, he started taking an interest in a more refined dining experience, as he became a line cook at the Windstar on Naples Bay restaurant in Naples, FL. When he returned north, Sean started working as a line cook at Bistro 1840 in Harper’s Ferry, WV. Moving forward to new opportunities with old friends, Sean became a sous chef at Brix 27 in Martinsburg, WV when the restaurant opened in January 2018. Sean put his heart and soul into cooking until his recent passing and he was always hungry to learn more about food and the industry that he was so passionate about. He was loved by all of the staff wherever he worked for his upbeat and caring personality, always ready to give a hug or lend an ear to whoever needed it.