You become part of the C-CAP family, who stay in touch. 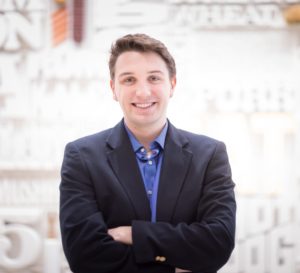 Carson Moreland will graduate from the Culinary Institute of American in Hyde Park this July, holding a bachelor’s degree in business management with a concentration in entrepreneurship. As part of his program, he is developing a complete restaurant concept and menu to be pitched to industry experts and investors – similar to Shark Tank – and brought into production in the CIA’s new food court-style dining hall, The Egg. He and fellow students designed and run the pop-up, called Bao Town. The menu is built around the Taiwanese open-face steam bun, traditionally filled with roasted pork belly, pickles, and scallions.

Students are experimenting with new recipes, testing the boundaries of bao. “We want to take it to the limits of where it can go,” says Carson. “We don’t want to make it a boring concept.” 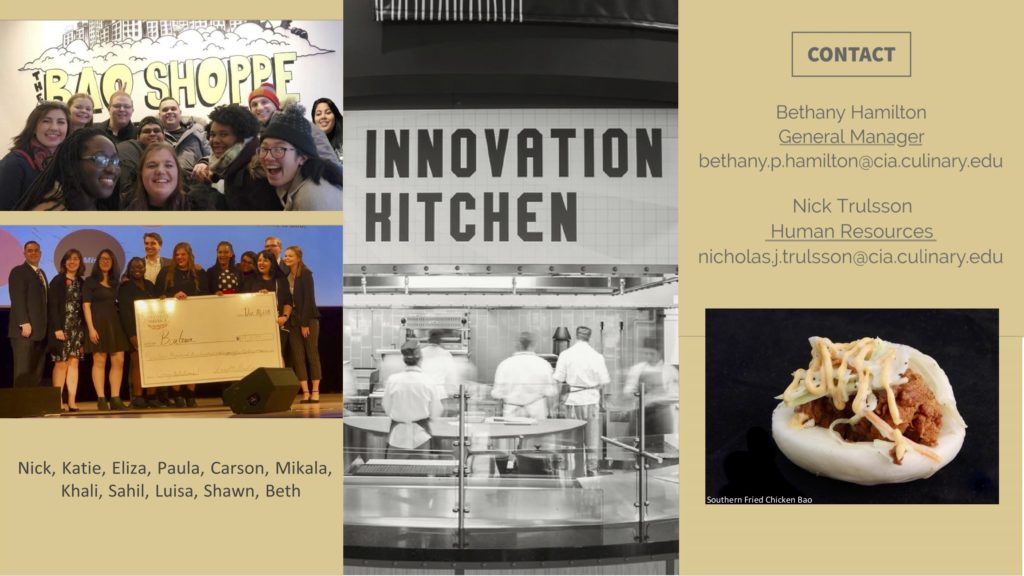 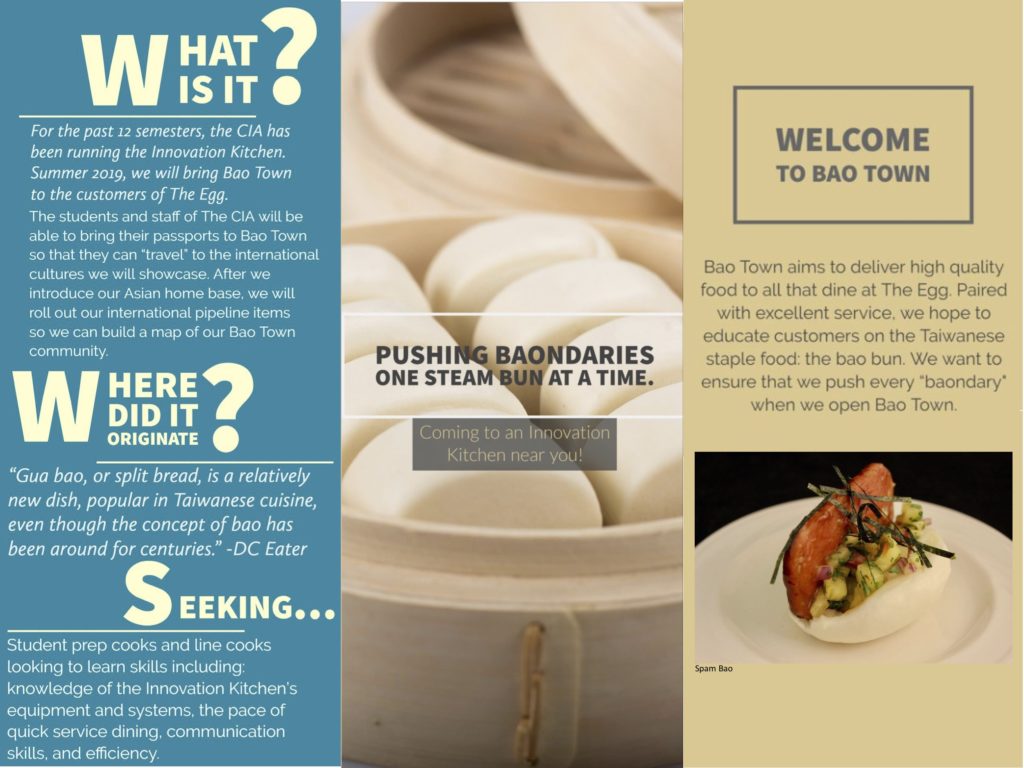 After two years studying cooking, he studied financial management and accounting, because, as he says: “If there’s no profit, you can’t keep your business concept going.”

Starting culinary arts in his freshman year of high school in Virginia Beach, he heard about C-CAP in his junior year and drove 45 minutes each day to take part in the Virginia Beach Tech culinary program. According to Carson, “Many first-year culinary skills and techniques are skills learned and practiced for C-CAP competitions, allowing one to help other students who are trying to master them for the first time.”

Critical as those skills are, the social skills are equally important. “C-CAP introduces you to quality food, but also prepares you for culinary school by forging bonds with fellow participants,” says Carson. “It provides a conversation starter. You become part of the C-CAP family, who stay in touch, and later, you become a resource for those who come after you. It’s awesome! While on one hand, the culinary industry is huge, the local network is small; these contacts are invaluable in getting to know talented local chefs and building your network.”

While at C-CAP, Carson volunteered at multiple Chesapeake Bay Balloon & Wine Festivals, prepping with accomplished chefs and helping to raise $1.2 million for breast cancer awareness. His first exposure to a major competition was in Las Vegas in 2017, in the 21 and under bracket, called the Ment’or Commis competition. Older students were chosen to represent the Team USA National Selection for the 2019 Bocuse d’Or biennial competition in Lyon, France, and Thomas Keller served as a judge. At the CIA, Carson recently completed a 15-week externship with Dominique Crenn of Atelier Crenn in San Francisco, which in 2018 was awarded its third Michelin star, making Crenn the first female chef in the United States to earn that distinction.

Carson eventually plans to return to Virginia Beach, where his parents own a restaurant and bakery. He looks forward to implementing all that he has learned on the culinary, social, and business fronts.