C-CAP is so much more than just a scholarship. 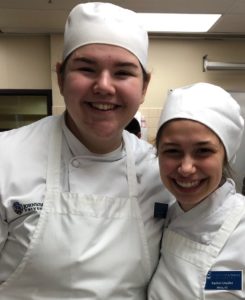 Rachael Litwiller was attending vocational school when she first heard about the C-CAP competition in Arizona and applied. To her surprise, she made it to the second round. She subsequently participated in the senior competition. Though it was nerve-racking, she liked the fast-paced dynamic – which teaches the time-management skills that are so important to life in the culinary world. The experience also gave her a plan in her last year of high school: to go forward to the next step, a daunting challenge at that point.

She will compete again this year with DECA Distributive Education Clubs of America in Orlando, which prepares emerging leaders and entrepreneurs to be college and career ready. “The skills I acquired while competing with C-CAP have become extremely valuable during the preparation of our DECA competition,” Rachael attests, “and I am so thankful for that.”

Rachael is now in her second year of college at Johnson & Wales University (JMU) in Denver, majoring in food service management. She says that, without her scholarship from the 2017 Arizona C-CAP competition, she would not have been able to attend culinary school. 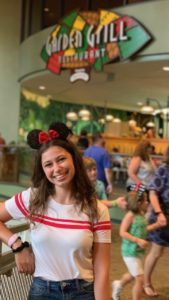 As part of the program, she completed an internship at the Garden Grill Restaurant in Disney World’s Epcot Center in Orlando, Florida. “I met so many wonderful people that I will continue to connect with throughout my culinary journey,” she says. “I learned so much about the industry and was so grateful to work at the happiest place on earth!” There were also numerous international colleagues there. Many spoke different languages, but she says that their love of the culinary world united them in shared passion.

Upon her return to JWU, Rachael was promoted to a culinary operations assistant position in the culinary storeroom, where she connected with another student from Arizona, who had also competed with C-CAP. Making these connections is important.

Next summer, she will visit Italy, her first foray outside of the United States, exploring a new culture and cuisine. “C-CAP is so much more than just a scholarship,” says Rachael.

While she still has two more years to complete her degree and make up her mind, future plans may include opening her own restaurant, with a farm-to-table theme, food styling, or possibly food journalism. Given her track record, Rachael will surely succeed in whatever endeavor she eventually chooses. 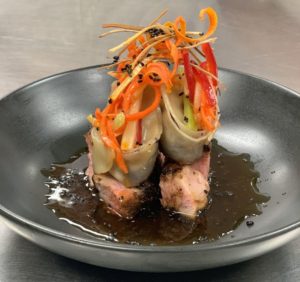 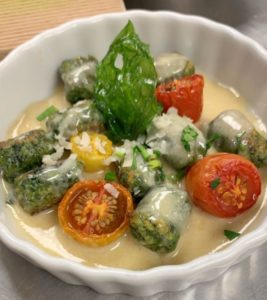