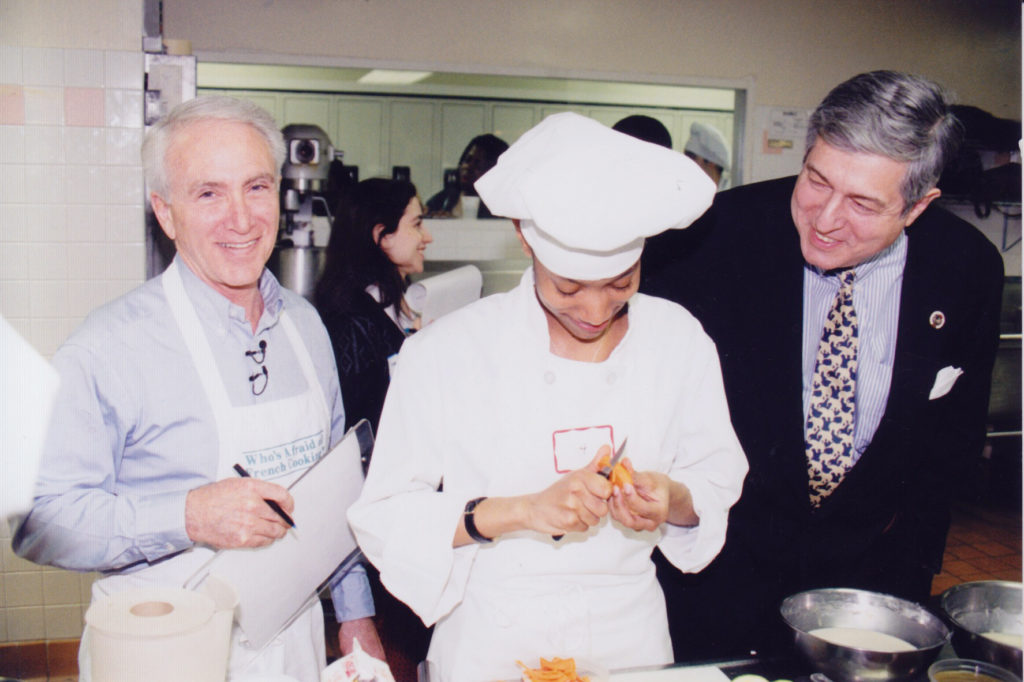 In 1990, cookbook author and educator Richard Grausman piloted a program in twelve New York City high schools to teach French cooking in Home Economics classes. His intention was to teach American youth about the satisfaction and value of home cooking. The schools were all inner-city high schools filled with underserved students. Grausman soon realized that too many of these students lacked job skills or college prospects. What they needed was preparation for jobs with a future, like those in the culinary industry.

To fulfill this need, Grausman created the nonprofit Careers through Culinary Arts Program (C-CAP). His goal was to enhance the culinary arts curriculum in public schools and better prepare underserved students for college and career opportunities in the restaurant and hospitality industry. C-CAP has operated continuously for over 30 years and has made a difference in the lives of hundreds of thousands of young people.

Today, C-CAP operates in six locations across the country. New York City remains the headquarters while the other programs are Arizona (statewide); Chicago; Los Angeles, Philadelphia, and Washington, D.C. Regions.

C-CAP was founded on my love for French cooking and my desire to help others. Little did I know that the combination would change the lives of so many young people. What pleases me most is to see our graduates, with successful careers, giving back in their own way.” – Richard Grausman

In 2008, the Emmy-nominated documentary film Pressure Cooker premiered. The film focuses on a C-CAP Philadelphia teacher and how she transforms the lives of three of her students. Check out the trailer above!